Spacemen travel to Decatur, Illinois to face the Decatur Blaze in a two game weekend series

The first game of the weekend was on October 21

The Fort Wayne Spacemen traveled to Decatur, Illinois to face the Decatur Blaze in a two game weekend series. The first game of the weekend was on October 21st.

Logan Robins gets the first goal of the second period at 4:46 on a powerplay. RJ Rollman breaks the tie at 9:01 to put the Spacemen in the lead 3-2.

The Decatur Blaze got their third goal of the game at 16:51. The second period ended in a tie 3-3.

The Decatur Blaze scored to take the lead at 6:09. Noah Maine responds about eight minutes later tying the game back up.

Antoine Fournier gets the Fort Wayne Spacemen back in the lead 5-4. The Decatur Blaze score on a powerplay making the game tied 5-5.

Neither team could score in the last two minutes of the third period. This lead to the game going into overtime.

Both teams had three players on the ice during the five-minute overtime. Neither team could score in overtime, so the game ended in a shootout.

The spacemen couldn’t get a third goal in a row, but Decatur responded tying up the shootout goals 2-2.

The Spacemen couldn’t get a third goal to break the tie, but neither could Decatur. After four goals the goals were tied 2-2.

Decatur’s fifth shooter did not score. The Spacemen won in a shootout to win the game 6-5.

Aiden Orlikowski and Bryce Dunnigan were both in net for the Spacemen. The Fort Wayne Spacemen look to add another win on Saturday. 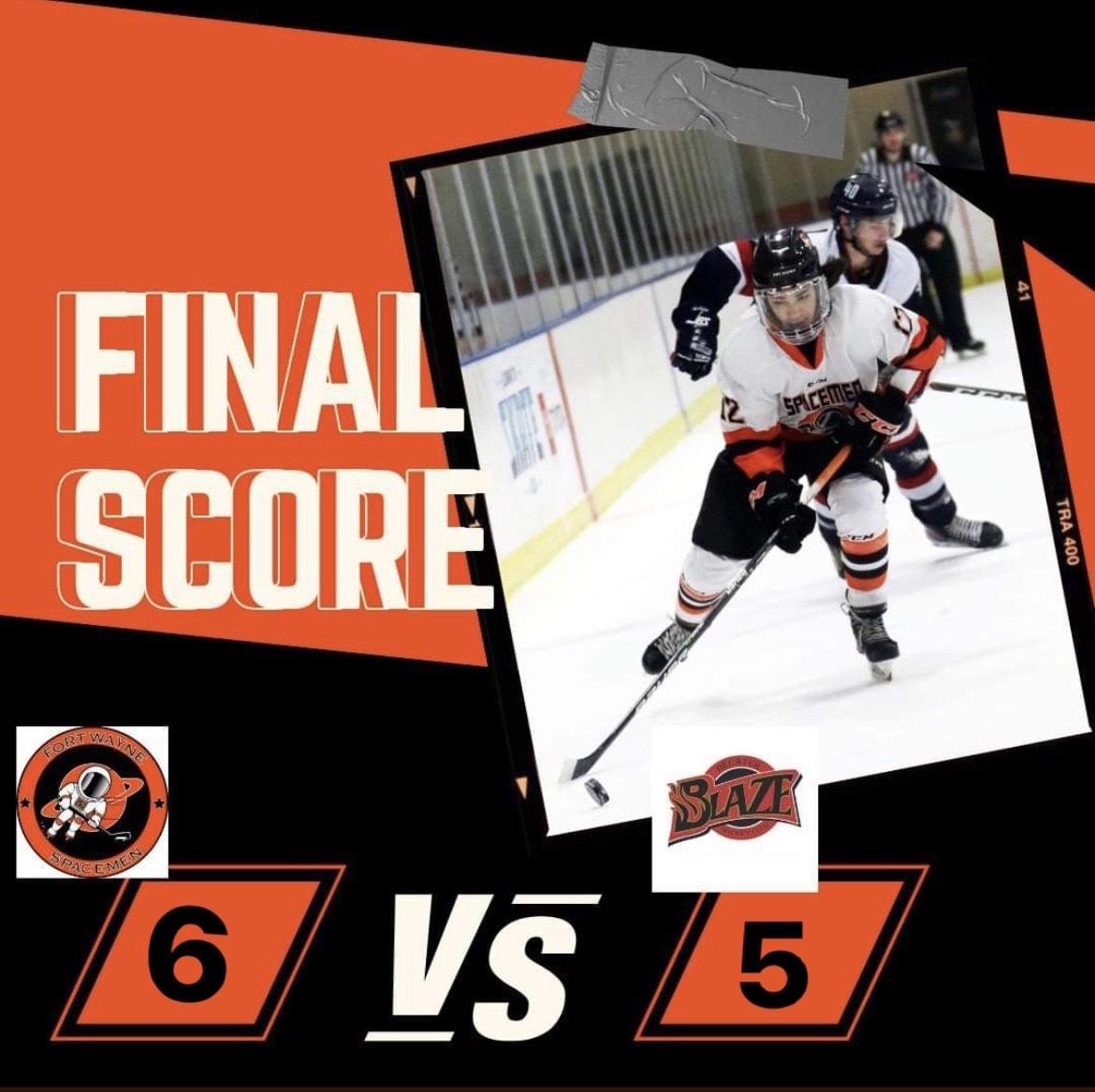